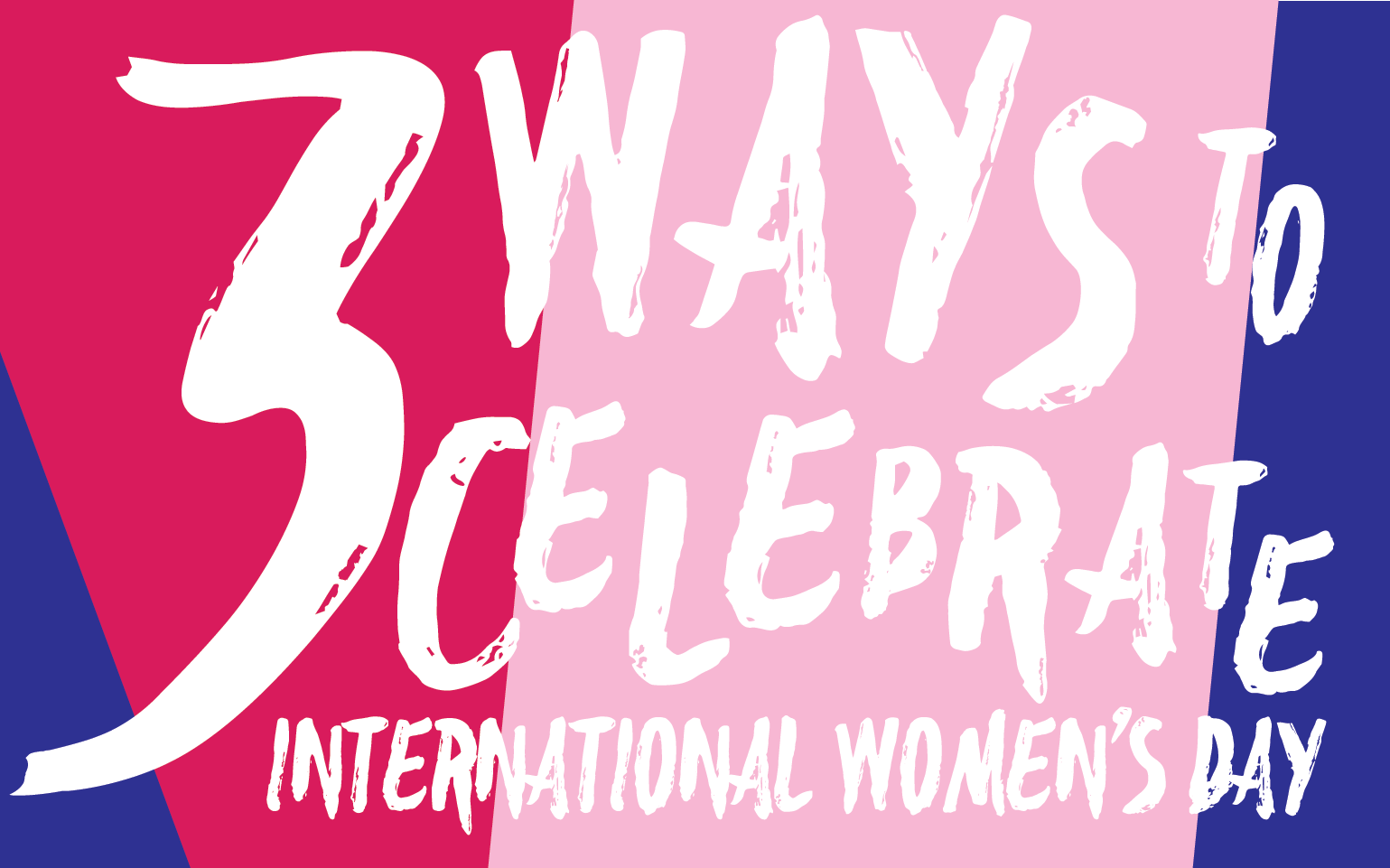 As you may know, the Feminist Apparel team really loves this time of year - and not just because Spring is right around the corner! In the USA, we recognize National Women’s History Month throughout March while on March 8th, International Women’s Day is celebrated across the world. A few weeks ago, we launched our Press for Progress collection inspired by the IWD 2018 theme -- check it out here! Now, with IWD just a couple of days away, we would like to take the conversation one step further and discuss ways we can join in IWD’s global #PressForProgress campaign.

While there are countless actions for us each to carry out the continued push for gender parity as outlined by the IWD, we feel like these three points encompass a long-lasting mindset shift that is sure to cause positive ripple effects for change in our lives and beyond. We’ll be sharing these points on social media as we gear up for International Women’s Day so be sure to check out the list below; then, let us know what you think on Instagram, Facebook or Twitter! 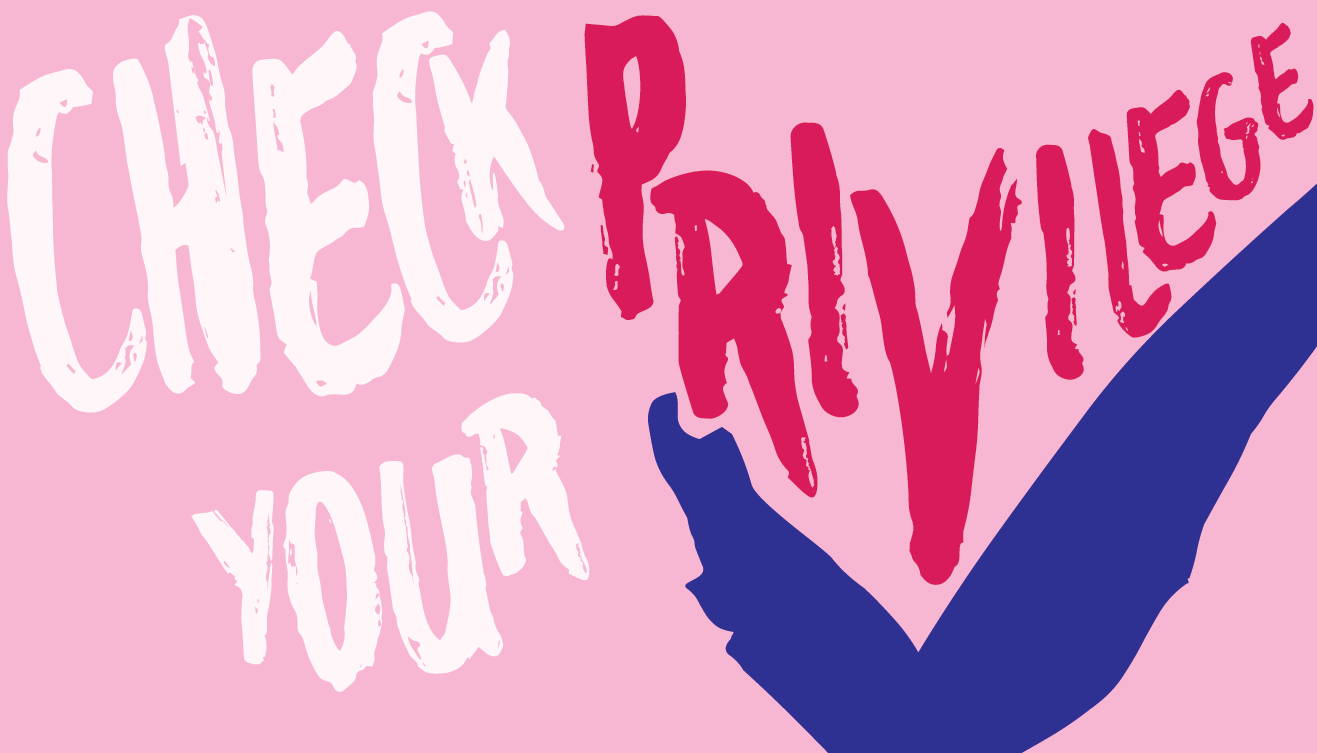 "Privilege is... the idea that society grants unearned rewards to certain people based on their race, gender, sexuality, etc — checking your privilege means acknowledging the role those rewards play in your life and the lives of less privileged people."

No, but like really, take this useful quiz here and check your privilege. Make space to identify what privileges you do - or do not - have access to. Then work to accept that whether you have many or few advantages, it's not something to be ashamed of, but a reality we each need to be conscious of as we navigate the world.

In 1988, Peggy McIntosh, a former women's studies scholar at Wellesley College, wrote the seminal article on white and male privilege that informs the mainstream understanding of privilege today. McIntosh outlines 46 instances of privilege that exemplify how white men in Western countries go through life without having to deal with, or even think about, many stressors and hurdles that non-white people have to. Some examples that McIntosh includes are:

These are just a few pointed examples of privilege, and they fuel the importance of accepting our 2nd point... 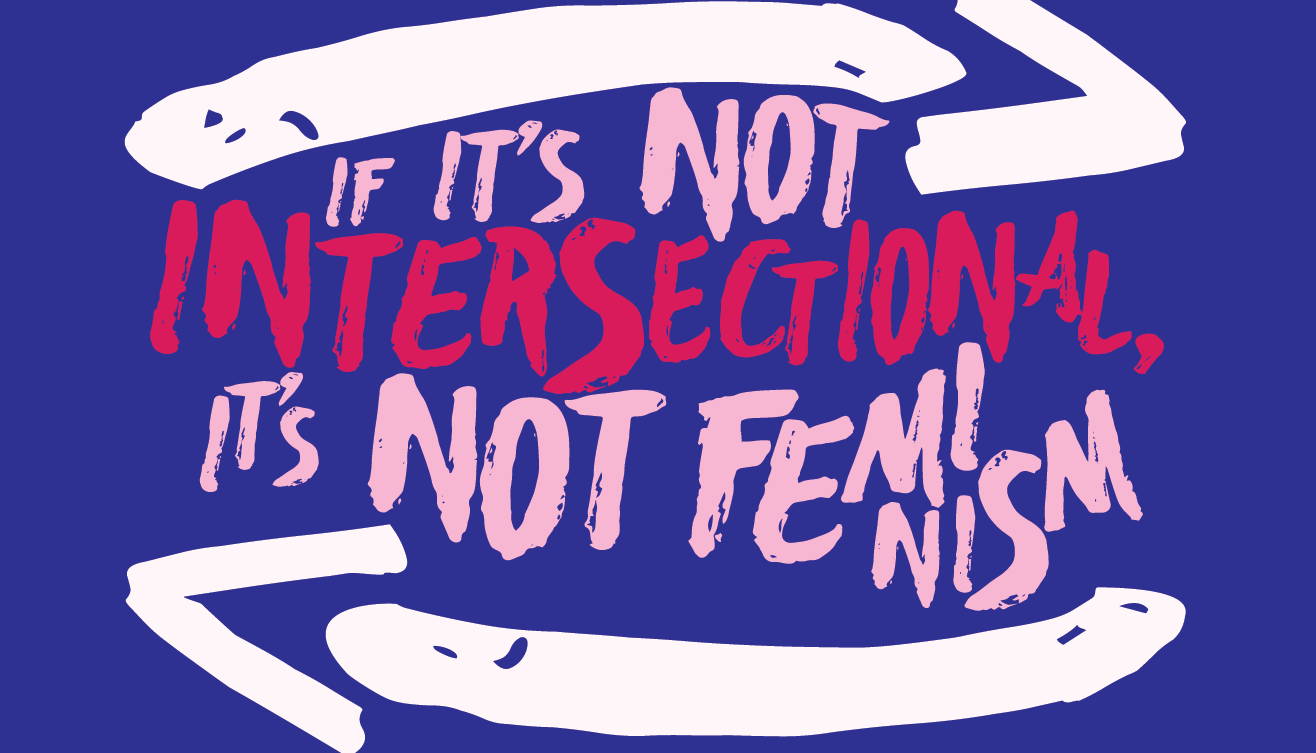 #2 Make sure your feminism is intersectional

“Intersectionality is actually a pretty straightforward idea: if forms of prejudice have the same root, growing from the dominant power structure of “white supremacist capitalist patriarchy” (hooks), then challenging one aspect of structural power alone is almost entirely ineffectual.”

Chances are… if you follow us or any other feminist pages on the internet, you’ve seen the term ‘intersectional’. As described in the quote above, intersectionality is the idea that we cannot separate the different aspects that make up our identities and influence how we’re treated by the outside world. Much like the discussion of privilege before, intersectional feminism strives to take into account the different ways we are perceived and positioned due to societal biases.

Kimberlé Crenshaw, who coined the term in the 1989 essay "Demarginalizing the Intersection of Race and Sex", introduced “intersectionality” as a way to discuss how the anti-discrimination fields at the time were missing a key aspect of the lived experiences of black women. In particular, she pointed out that there are nuanced forms of oppression that people face due to both their race and their gender. Crenshaw helped shine a spotlight on how those two parts of black women’s identities couldn’t be disentangled and considered individually.

Since then, the term ‘intersectionality’ has picked up popularity in feminist and social justice circles.

When looking at International Women’s Day through this lens, it pushes us to interogate just what we mean when we take up the fight for 'women's rights' and gender parity. First and foremost, we are forced to be honest with ourselves and distinguish which identities are included in our working definitions of "women" and which may be inadvertently - or even purposely - left out. Historically, people who fought for increased rights for women did not include women of color, disabled women, non-heterosexual women, poor women, trans women and many others in their efforts. Once we acknowledge the possible gaps in our understanding of feminism, we can better position ourselves to truly fight for the rights of ALL women.

While understanding our own privileges, we also have to keep in mind that the oppression of women looks different in various communities and parts of the world. We mustn't forget that the folks that we're fighting alongside of in these battles don't all share our same nationality, language, abilities, privileges, and/or resources.

As a movement, intersectional feminists need to work to resist complacency and a limited scope of feminism. We have to continue educating ourselves in the ways in which prevailing sexist ideologies reveal themselves -- lack of access to education, lack of equal employment opportunities, lack of reproductive and maternal health, gender-based violence, and child marriage to name a few. As far away as some of these issues may feel to us, the root causes are the same and we must push ourselves to not overlook the issues and the voices of folks who don’t necessarily look like us. 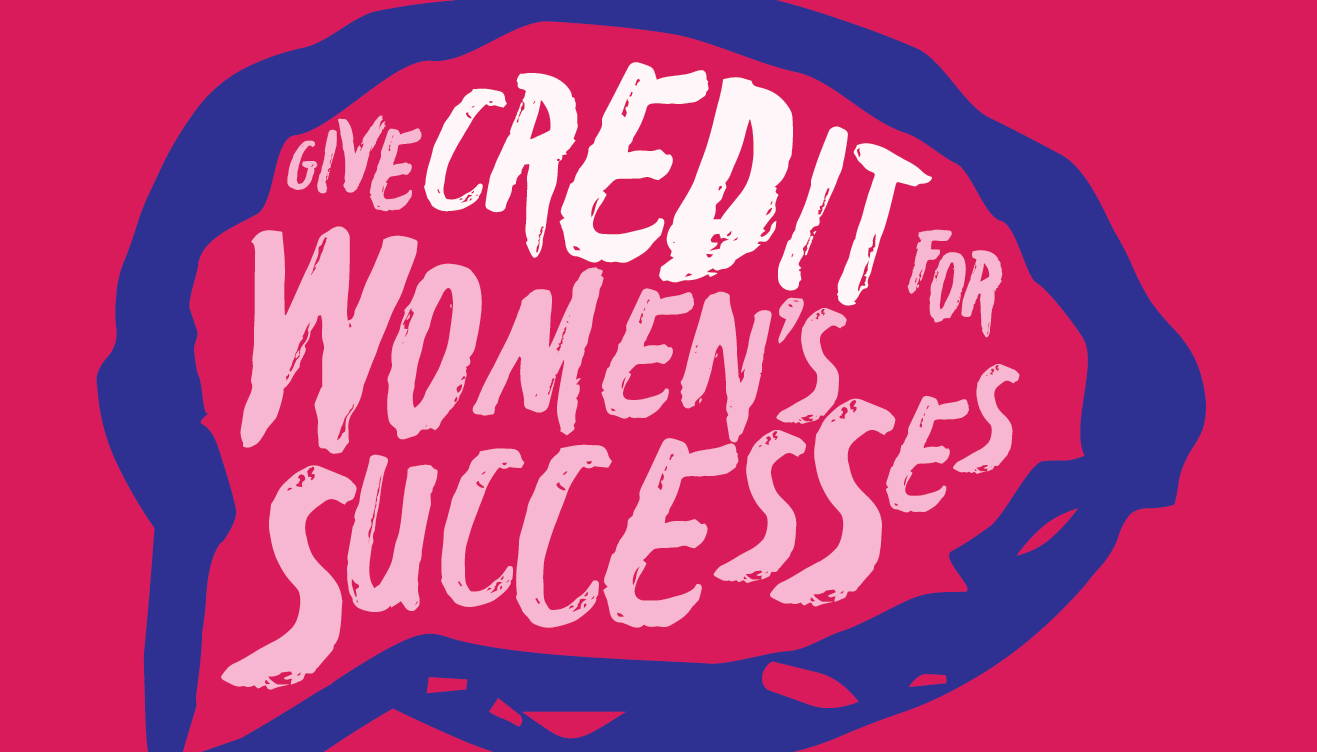 According to the official website, "International Women's Day is a global day celebrating the social, economic, cultural and political achievements of women." Therefore, it's important that while we continue pushing the fight for gender parity onward, we make sure to take time to celebrate the achievements of the women in our lives along the way. Here are two links to check out that round up those wins from the past year alone:

Let’s be mindful of supporting one another and make sure that we’re lifting up those around us. Progress is a long and difficult path, and it can be easy to lose sight of how much positive change you’re generating when you’re doing the work. Surround yourself with people who want to see you win. People who remind you of the badass that you are. People who celebrate your achielvements. And then, pass it on! Do the same for the people around you who are working hard to better themselves and their communities. It’s important that we realize that the success of others doesn’t mean the failure of someone else. Ultimately, when we come together, it becomes a lot more difficult to bring us down.

On that note… remember to use your privilege for good and continue to lift up ALL women.

Want to spread the love? Pick up one of our IWD-inspired designs below for yourself or a friend and your impact will go beyond the shirt as a portion of the proceeds of every sale from this collection is being donated to Malala Fund and their mission to secure girls' right to a minimum of 12 years of quality education, particularly in the global south. ✌️